Vol. I - The Highland Livingroom 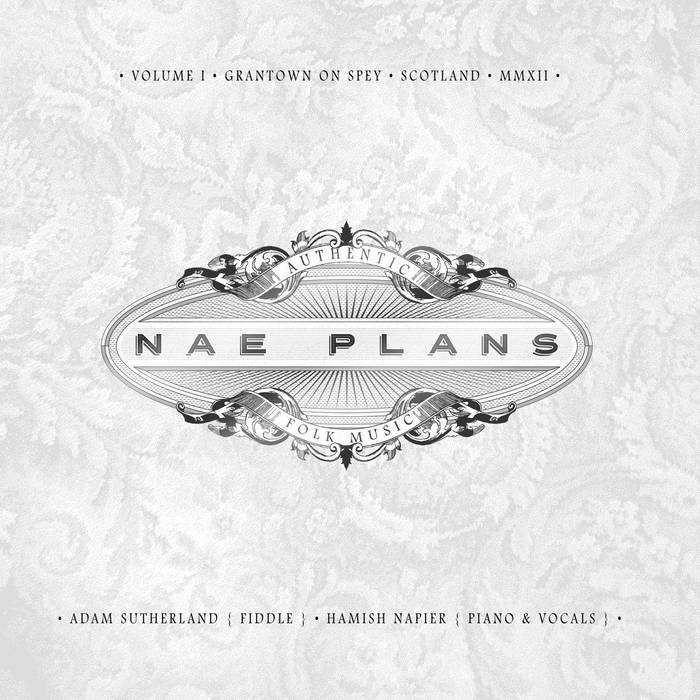 Rebecca6 This is a stunner! A must-have for fans of Celtic music as it's meant to be heard: unrehearsed pick-up sessions in the living room. This is where musical miracles happen. Wonderful concept and unforgettable music! Favorite track: Two of Phil's Classics.

Nae Plans Vol.1 In The Studio - the digital download version!

A selection of 12 marvellous live studio recordings recorded in winter 2013.

The concept was to record an album that was strictly unrehearsed (the pair barred any discussion between themselves about what tunes they would play or how they would arrange them). The material ranges from traditional songs and tunes, to contemporary numbers, to their own compositions and improv. The recordings capture the duos raw creativity and demonstrates their outstanding musical intuition. The live performances display a kind of electricity and excitement by the off-the-cuff nature and highlight every nuance. Each performance is unique and demonstrates the incredible talent of two of Scotland’s foremost musicians. As they allow themselves the freedom to experiment, ‘Nae Plans’ becomes ‘Nae limits’.

Beautifully recorded by acclaimed engineer Barry ‘Spad’ Reid, this field-recording consists entirely of first-takes: nae edits, nae overdubs, nae qualms, nae plans, harking back to an older way of recording folk music in the spirit of folklorists such as Alan Lomax. The two folkies draw their inspiration from other musical styles present in their lives, and freely express this. Chaos, raw energy, outrageous risk-taking, delight, joy, aching poignancy and humour – all in abundance in a series of enthralling performances captured in a wee Highland cottage in the depths of winter.

Authentic Scottish Folk Music.
Nae Plans aims to get to the heart of Folk music by capturing performances that are unplanned, with no prearrangement or rehearsal. The key is to capture performances as those of a folk session, stripped back, unadulterated and in the moment. ... more

Bandcamp Daily  your guide to the world of Bandcamp

New sounds from Mavi, Ivy Sole & Moderator, plus AJ, the One joins the show, for her latest release